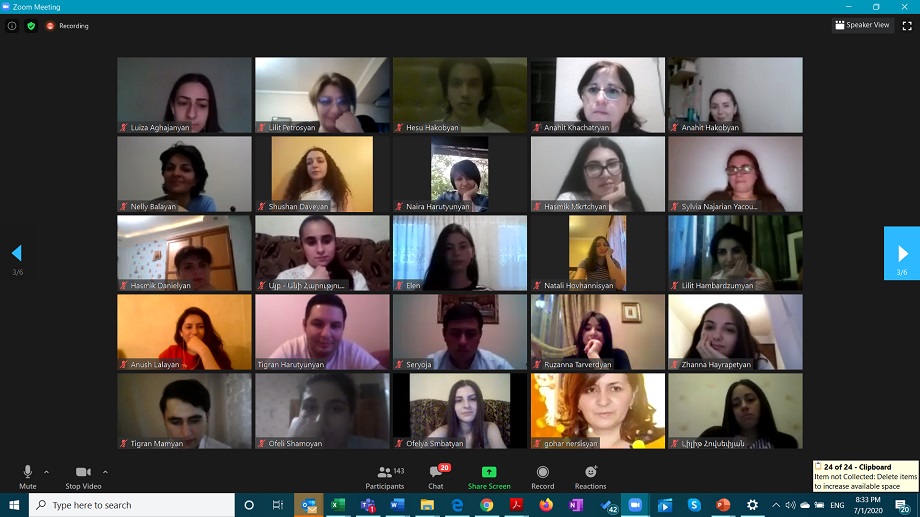 After long preparations, shootings, editing, discussions and exclamations like “Oh, we will miss the deadline”, our glory hour was there on July 1, at 7pm. The trailer and premiere of the 8th generation’s Last Bell film became the top news of the day.

Although we were supposed to neither take stage nor deliver speeches, we were very nervous before the screening, as we were anticipating the feedback of our viewers.

Most of the students did not see our film, while the others watched it in a small window. The audience joined via Zoom platform. While the Ayb community was watching the film, the graduates were watching the viewers to guess their reaction.

The Last Bell premiere was a full-length movie lasting 1 hour and 20 minutes. It narrated about the admission peculiarities, teachers, community and emotions we experienced during these years. We are symbolically the ♾-th generation of Ayb School.

Graduate Goharik Adamyan says she has watched the film dozens of times, but her eyes are every time welling up with tears from laughter and excitement.

The Last Bell film screening was followed with a pleasant exchange. The school administration had a surprise video for the future graduates that was accompanied by congratulation speeches and the most heartfelt thanks.

One more Ayb generation etched their names into the school history and as graduate Gurgen Danielyan says, “We will return to the school one day for the Last Bell celebration.”