Moment of Sincerity with Hrant Tokhatyan 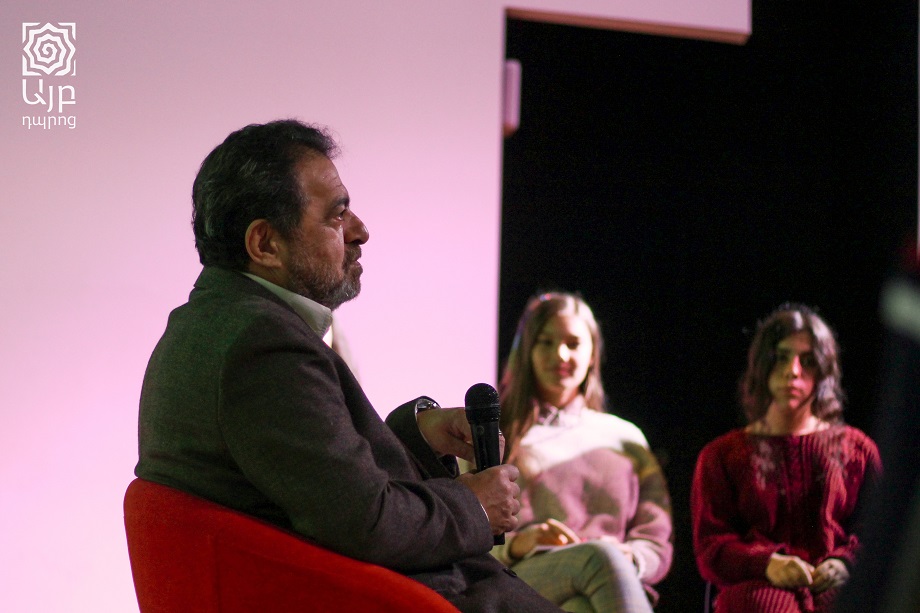 There was some Moment of Sincerity at Ayb school for Hrant Tokhatyan, who was sitting in a red chair surrounded by the students to answer about five dozens of questions. Here is the sincere actor, showman and teacher Hrant Tokhatyan.

I have a dream, which I hope will still come true one day. I always dreamt to become a clown but theater took much more time than I had expected. Being a clown is not even a job, it’s a lifestyle. I am a happy man, who could see Leonid Yengibarov in the circus and admire his talent.

I had no objective to become an actor. It was some quirk of fate. I was going to become a teacher and I love teaching actually. But 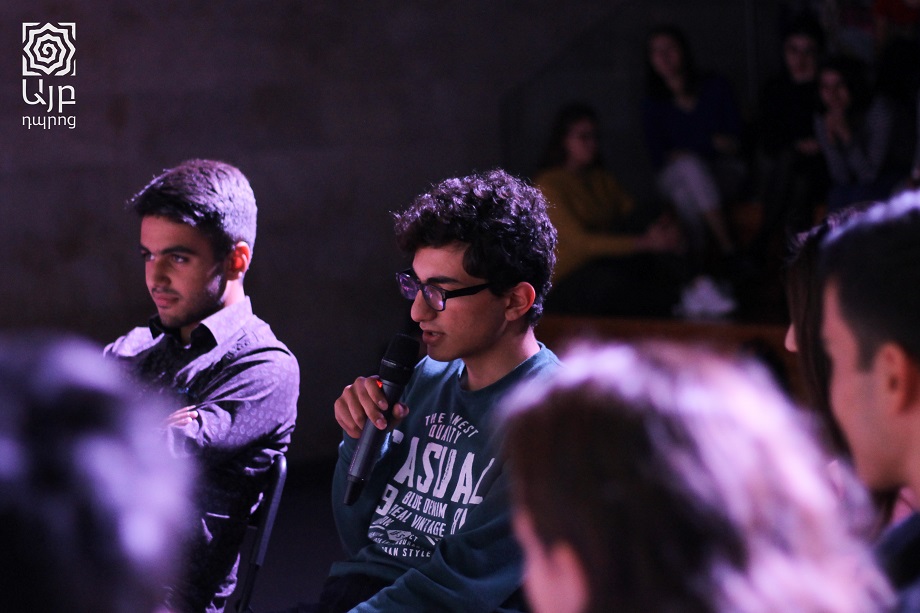 then my friends decided to establish a theater and thus the Chamber Theater was built. We all became actors. The theater proved to be a success and those acting there had to receive a drama training. We had different occupations at the time. Some were doctors and some were musicians. Willing or not, we stepped on the way of self-education.

A good actor must be a combination of reason, education, taste and intellect, I believe.

The night of October 10, 1976 was the hardest time for me. That night I had to decide whether to go to school and work as a teacher or take up a theatrical career. It was a real battle taking place inside me and finally, the theater emerged as a winner, by a slender majority though. Till now I sometimes doubt whether it was the right decision. If I had a chance today, I would like to be a school teacher as well. 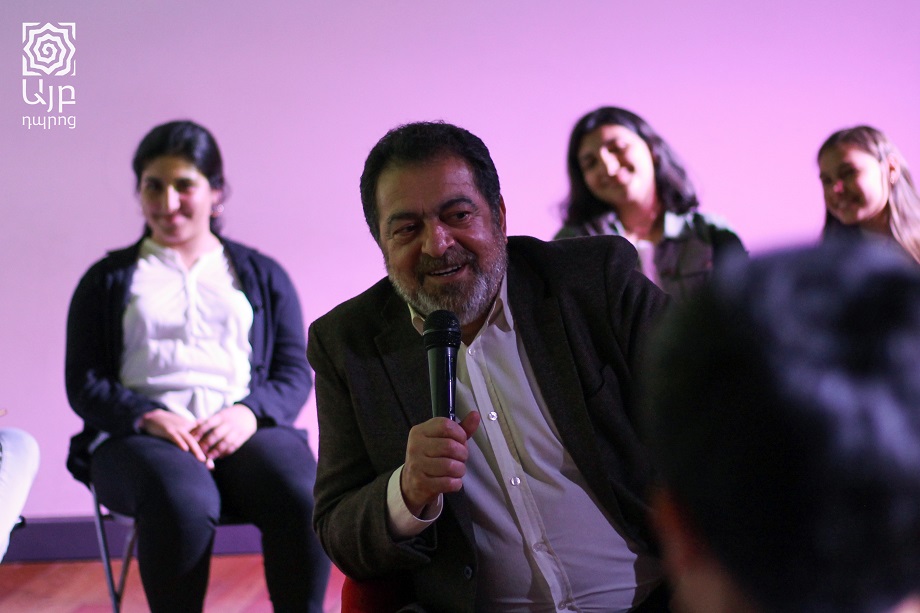 If I had to make a choice between the ability to see and the ability to hear, I would prefer not to hear. Probably it’s because I am an actor. Vision provides more self-confidence on the stage. We are now implementing a project for the visually and acoustically challenged people and those with vision problems find more difficulty with acting than those who don’t hear well enough.

I am always motived by the future, the faith in my strengths and the projects I have to carry out. If you have a dream, you must go for it and achieve it. When one dream comes true, another is born. That’s the most important in life.