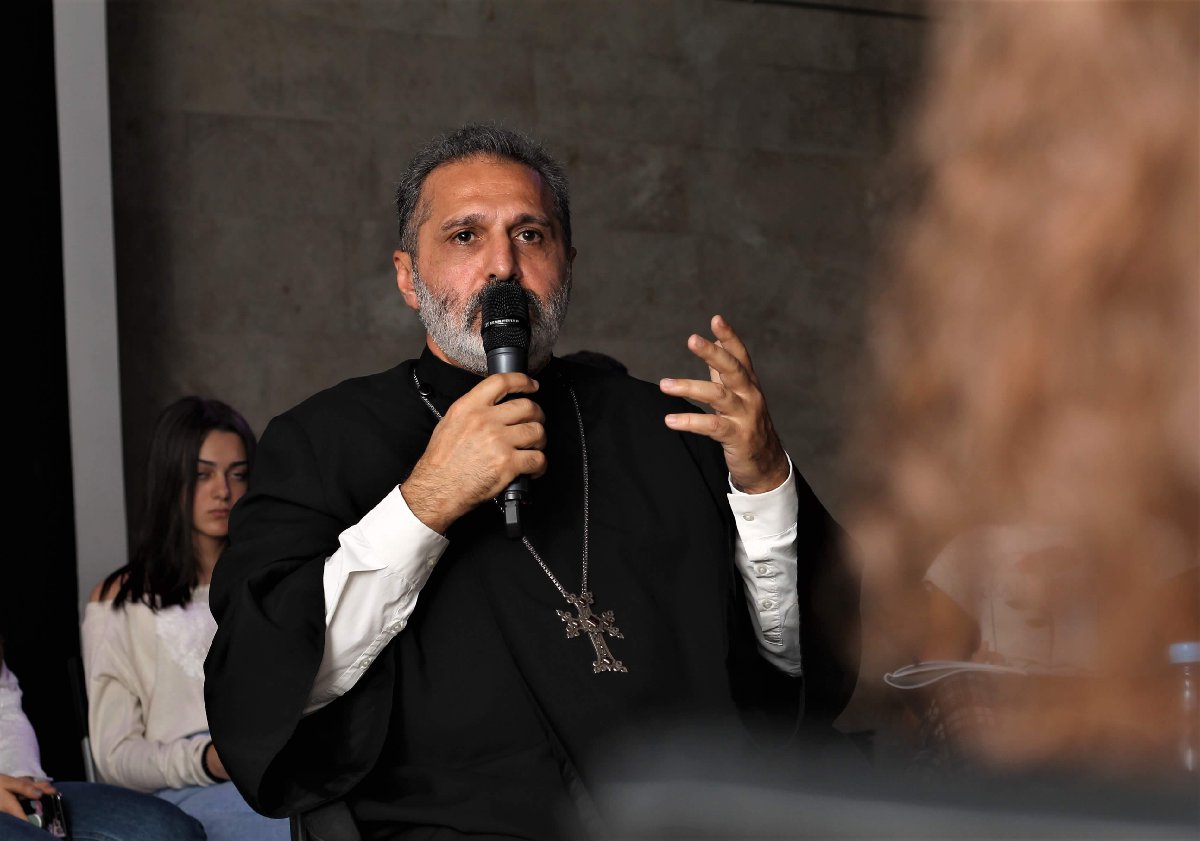 On October 3, 21 participants decided if Fr. Mesrop Aramian had been sincere. Finally, Fr. Mesrop was considered sincere with a score of 14 -7.

Yes, the first guest of the Sincerity Moments project this year was Fr. Mesrop Aramian. The guest of the project is expected to answer questions as sincerely as he can.

During this meeting, there were more students than usually, as many students wanted to ask questions to Fr. Mesrop, who was answering them with great pleasure.

The questions were about different spheres, from personal life to politics. One of the students asked why Fr. Mesrop’s name was discussed so much during the revolution. “First, they considered me to be the one who has harmed our educational system most, then the one who has helped most. This question has no certain answer.”

Fr. Mesrop mentioned the meeting with his wife as the most memorable moment of his student life.

At the end of the meeting, the guest chose the best question which was about his character feature that he would like to change.

The meeting was very interesting, and everyone left the hall with a piece of love and faith in their hearts.